The lands birds are one of the Galapagos Islands’ most historical icons. During his voyage to Galapagos in 1835, Charles Darwin reflected on the differences between the birds on various islands. It was these evolutionary changes between the species that helped Darwin to develop his theory of evolution.

Sadly half of all the Galapagos land birds are now listed on the IUCN Red List of Threatened Species and are at risk of extinction. These include the critically endangered mangrove finch, Floreana mockingbird and the medium tree finch, as well as the San Cristobal mockingbird, recorded as endangered. Many more are listed as vulnerable including the little vermillion flycatcher.

Due to threats from invasive species (non-native species that impact negatively on the surrounding environment), such as rats, feral cats and the Philornis downsi fly, the number of land birds has been steadily decreasing, with less than 100 individuals left within some species, such as the beloved mangrove finch. Of the resident land birds in Galapagos, almost all of them are endemic, meaning they are found nowhere else on Earth, which makes them even more vulnerable to invasive species.

Above you will see the beautiful vermilion flycatcher with his vibrant red underparts and crown, and if you’ve visited Galapagos, you may have been lucky enough to see one yourself. The males, with their striking red plumage, are the brightest land birds on the Archipelago and are a favourite among visitors. However, their population is declining at a rapid rate and the species is already extinct on both Floreana and San Cristobal and close to extinction on Santa Cruz island.

P. downsi flies are one factor causing the decline of the vermilion flycatcher. As well as this, decreasing habitat quality due to invasive plant species such as mora, a black raspberry plant, with such dense thickets that protein and fat rich invertebrates on the ground cannot be reached by the birds. This lack of access to food on the ground eventually leads to nest abandonment by the females, limiting breeding success for vermillion flycatchers on Santa Cruz.

GCT is supporting a new project with the Galapagos National Park and the Charles Darwin Foundation, aiming to prevent the extinction of these beautiful birds with a three-year programme. Efforts will include restoring six hectares of Scalesia forest, prime habitat for the vermillion flycatcher made up of giant daisy trees; evaluating if predator control increases nesting success; and attempting to reduce P. downsi larvae infestation in nests with insecticide use.

Another project that GCT is supporting will culminate with the reintroduction of the Floreana mockingbird, extinct from its original home of Floreana island due to habitat loss and predation by invasive species. Now only found on the nearby islets of Champion and Gardener, this crucial project aims to reintroduce locally extinct species including the Floreana mockingbird with the hope to increase numbers of the global population.

We need your help to continue supporting vital projects such as these. 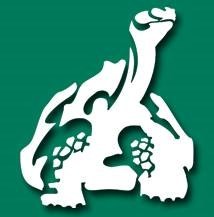 Charity profile
Endangered Land Bird of Galapagos Appeal
HELP THE ENDANGERED GALAPAGOS LAND BIRDS TODAY! The lands birds are one of the Galapagos Islands’ most historical icons. During his voyage to Galapagos in 1835, Charles Darwin reflected on the differe
Donate now
Close
Confirm

You are about to remove the message and all replies. Do you want to proceed?